What is the cloud?

The cloud is a term you have probably heard a hundred times but do we really know what it means? For many of us that’s a resounding no. Which is a worry because you probably are already using it. If you store photos,  stream music or movies online, send emails or use online banking then you guessed it; you are already well and truly in the cloud.

The rapid evolution of the cloud is unsurprisingly having a huge impact on the business world. According to an annual study, the UK cloud adoption rate has grown by 61% since 2010. The study showed that in 2014, 78% of UK organisations were using at least one cloud-based service. It’s become increasingly crucial for business owners to incorporate the cloud into their business strategies but before we can run we must walk so let’s look at what exactly “the cloud” means.

Traditionally information was produced and subsequently stored on a single piece of hardware (a computer) and it was transferred to other computers using various physical devices such as floppy discs, CDs, USB sticks and memory cards. But as with any revolution the next stage was never far away. Enter; the cloud.

To a boffin: the cloud is comprised of a network of servers kept in a data centre.

To you and me: the cloud is basically another device (called a server) that we can use for storing, accessing and sharing information. Except unlike USB sticks and memory cards, to us, it doesn’t have a physical presence. The server is kept somewhere else in a secure building dedicated to housing hundreds of servers, called a data centre. We connect to the server with our data on it using the internet. 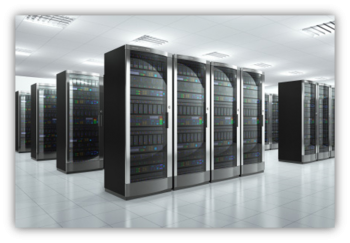 Software as a Service

Another cloud term you may hear that could cause some confusion is “software as a service”. This basically describes the delivery of an application via the net instead of as a download.

An example of a service that can be used to take your business to the cloud is online business management software. Software such as this can be used to store, access and share all your important business data from anywhere in the world.

The cloud is the generic term for what is actually a network of servers that live in a data centre. Although it does exist physically, to you and me the cloud is a virtual memory we use to store, access and share information.

We can also use the cloud to use applications without having to download them. Applications like this have become known as “software as a service”.

Next week: Benefits of the Cloud